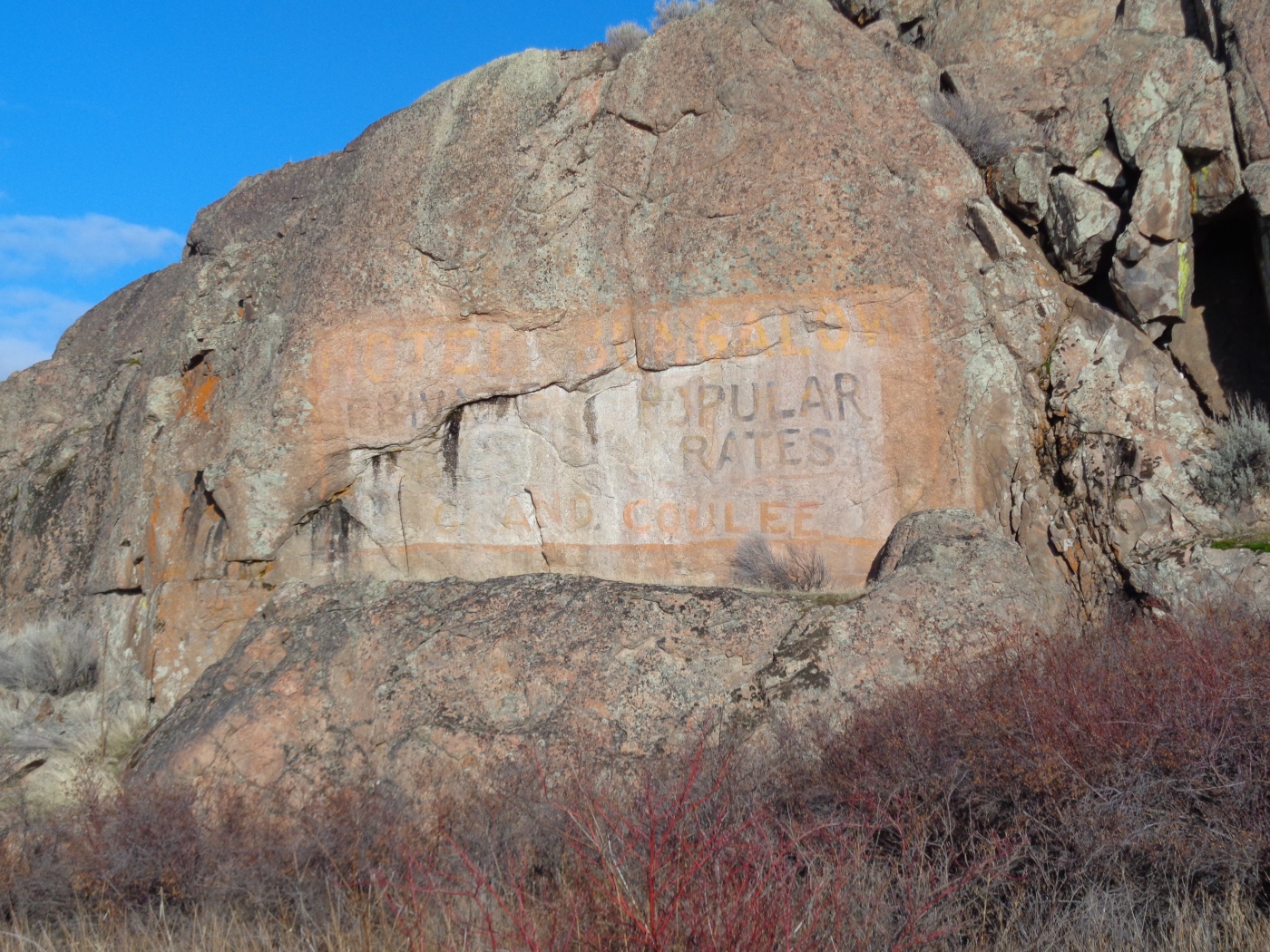 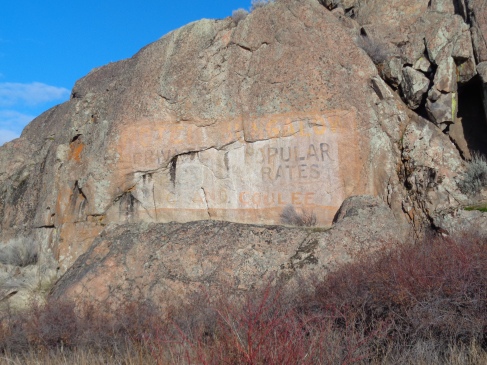 What I love most is discovery. But I also think I love nature just as much, and spend hours isolated away from people, televisions, computers and even cars just to get out and feel the world. Everything is new, everytime I look at it.

I heard these stories about a painted billboard on a granite rock out somewhere on the Speedball Highway. The Speedball had been fragmented for years, laying buried beneath the waves of Banks Lake, bits and pieces bobbing up on the highland and traveling across hidden peninsulas only to return back to the lake. One day while I was exploring these forgotten highway fragments I discovered the sign. It was a beautiful spring day with just a little nip in the air. I was following the old highway on foot through some rocky areas and as I rounded a corner there it was, painted in red, white and black on the side of a huge granite outcropping: Bungalow Hotel. This was the first time I had ever seen it, and the first time I heard of the Bungalow Hotel. I could read some of the words, but most were washed away. Coming from the face of the rock was a small spring, an actual trickle of water that came from a small split and ran seasonally.

In the coming years I traveled back there several times, asking around about the hotel but not giving away the location of the sign for fear of vandalism. If a person checked out, I would take and show them, but probably only showed two people ever. As time passed I met some fishermen who admitted they knew were the sign was, and a few fellow explorers, but no one seemed to know where the Bungalow Hotel was or much about it. Of course, in reality, no one was probably too interested in a hotel that had been built before their Grandparents could even drive and was now less than memories, but I did, so my search continued for years.

The break came when I started sorting images at the Coulee Pioneer Museum. I was looking through a stack of orphaned images, just seeing what I could identify, when a picture of a building popped out of the stack. I picked it up and looked at it closer. It was taken on a snowy day, and the building was in poor shape, broken windows, a no trespassing sign… I looked closer at the sign above the door. Bungalow Hotel, Parking in the Rear. I actually couldn’t believe it, after 5 years I was holding a picture of the Bungalow Hotel in my hand. Of course, I didn’t believe it so I scanned it and presented it on the internet for my friends. I felt kind of silly when they all said what I already knew. The next day I returned to the museum with a renewed enthusiasm to track down the hotel finally after all this time. I found an old 1935 Grand Coulee Directory that listed the location on Division, then I dug a little deeper and found a tourist brochure with a city map in the back that showed the Bungalow Hotel as being between 1st and 2nd in Grand Coulee. It had an actual line pointing to the location. I was also able to find out that at one time in 1939 the Spokane Daily Chronicle had it’s Grand Coulee Dam office in the Bungalow Hotel. From the Speedball Highway to old Grand Coulee, the world is full of mysteries, let’s go solve some. 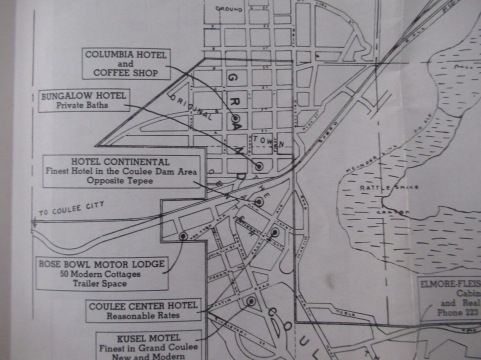 in this 1975 picture the building is completely gone