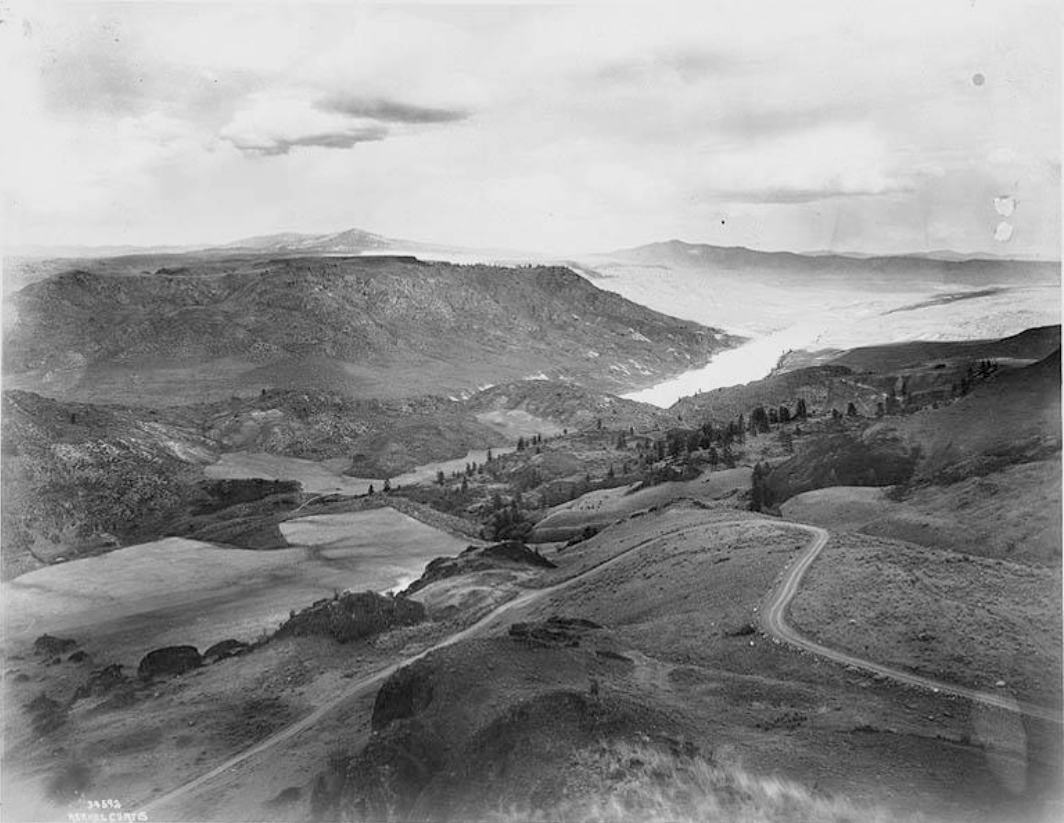 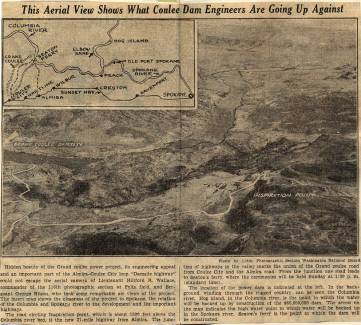 What’s in a name? Said so often it becomes a cliche’. But names give people, places and things their identity, even when you have the same name as someone else. Maybe if you forget the name, you forget the place, and it starts to fade away. Inspiration Point in Grand Coulee is one of those. I’m pretty sure people reading this will know Crown Point, probably one of the most traveled too tourist spots in the Grand Coulee area. And then there is Candy Point, some people know it, others not so much, it is less tourist and more local. But until reading this I bet not too many people knew that Grand Coulee had its own Inspiration Point that at one time was written about by newspapers including the larger Spokane papers of the day as well as the local Almira and Grand Coulee sheets. Everyone knew about it and most people could point to it from anywhere in the Grand Coulee area. The year was 1935 and Inspiration point was not only in the news but visited by hot shot traveling photographers L.D. Lindsley and Charles Libby.

Inspiration Point sat opposite Crown Point, at the top of the Almira Hill leading into or out of Grand Coulee and the Dam construction site. Both the old road that evolved from a wagon trail as well as the hurried new Almira Highway snake around it. In the beginning of the construction it was a road that the first surveyors and engineers took to work, winding their way down into the Coulee. Back then there was no Grand Coulee, or Coulee Dam, like we know today, it was just Seatons Landing and a few buildings squatting up on the hill perched on the edge of becoming Grand Coulee and B Street. Everyday on their way to work the early engineers would drive down past Inspiration Point. Perhaps as they made their way down the hill they would look out over the vast landscape with dreams of a dam like no one had ever seen laid out before them in the valley and in their imagination. Maybe it was the first engineers and surveyors that named Inspiration Point, maybe they stopped there on their way to work and looked out over the vast changing landscape, inspired.

The name seems to be older than the rushed Almira Highway and surveyors that traveled down it. Before the dam came under construction there was an old dirt wagon road that cars had been using for years to descend down to the river. Since there was never much traffic the roads were in disrepair to say the least. Dusty dirt roads filled with ruts and potholes. If you got off the train in Almira this is the road you followed on your horse, foot or wagon to get down into the coulee. At first it is a slow descent but then it opens up and down below you can see the Columbia River, and if you follow it with your eyes Seatons Landing, maybe even Charlie Osborne’s peach orchard. From up there on Inspiration Point a homesteader could look out over the vast land sparsely peppered with farms but full of freedom and promise. Maybe Inspiration Point was named by the homesteaders and pioneers.

So much history is forgotten, even when written down some how the pages get scattered to the wind and end up returning to the earth. Without a name we lose identity, without stories we lose interest, and Inspiration Point becomes just another rock.