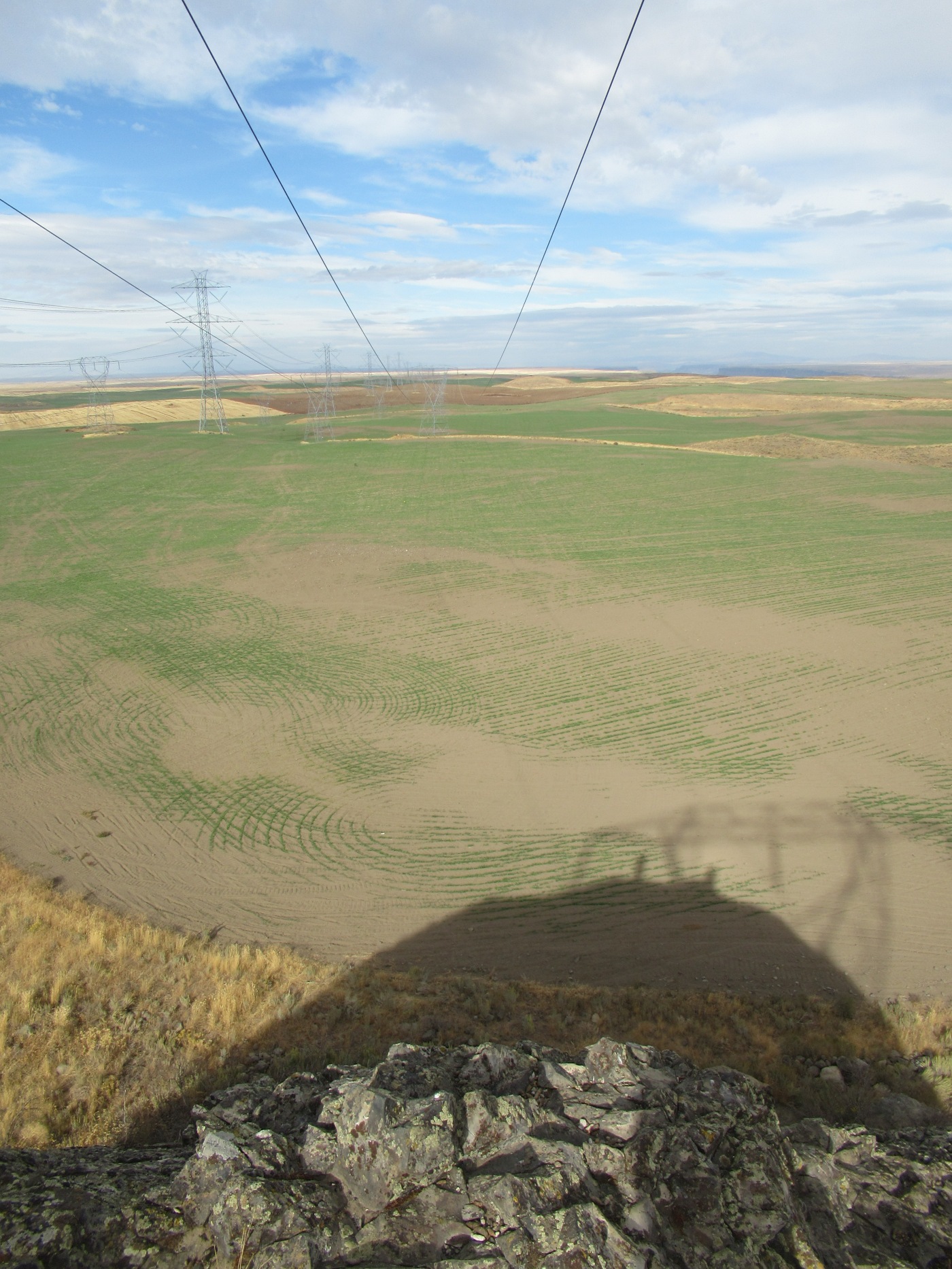 Pilot Rock, Washington, stands on the west wall of the Grand Coulee, eight miles from Coulee City, Douglas county, and is the finger post marking the gateway to the Big Bend country and pointing the way to the fertile plains lying within the embrace of the greatest river of the great northwest. Long before you get into the Big Bend proper, and while you are puzzling out the intricacies of the scab rock country beyond Davenport, you will see that rock silhouetted against the horizon, and you will know that it stands on the only spot where it is practicable to cross the Grand Coulee, at any point within a length of sixty miles, with a wagon. And if you are a wise man you will know this is the point you should aim for, since beyond lies the land for the homemaker. Later you will see that rock outlined against the snowy summits of the Cascade mountains, with Glacier peak glistening like a day star over Lake Chelan.

But this is only when you have climbed the long hill to Pilot Rock from Coulee City that’s in the bottom of the Grand Coulee. The climb is made for eight miles in an involved series of loops, slats and switchboards, Haystack Rock, the old settlers call it. Likely they, being from the east, made the same mistake as the tenderfoot did lately, who riding through the Big Bend, remarked on the quantity of hay they raised in that country and the huge stacks they made.

“Where?” said the guide.

“Why, right over in that field.” said the tenderfoot, pointing to Haystack, or Pilot Rock.

But nothing would satisfy that tenderfoot but a personal investigation, and nothing would do but that he should go ‘right over there’ which proved to be a three mile hike, and stand and gaze before a grim 60 feet of lava that, pilot to the Inland Empire as it was, yet bore an exact resemblance to the weather blackened haystacks of the Mississippi and Ohio valleys. Great indeed was this tenderfoot’s surprise and warm his imagination when he was shown the true ‘wheat hay’ of the land, all bright, ‘green and gold.’

“I never saw the like before” said the tenderfoot. And he hadn’t.

“How do they produce that exquisite coloring?” he asks again, for he is here to learn.

“Grow it.” said the guide. And it is sufficient to know but this. But later when it was learned that hay was sold for $18 dollars a ton, a roseate hue was added to its other tints for the tenderfoot.

But haystack or rock be it taken for, it is a safe pilot for those west of the coulee seeking through that great fissure the overland route to Spokane; and to those from the east it is a landmark to be seen from afar, guiding the way to the wheat country of the Columbia benches.

To One who is seeking a taste of the old romance of the stage coaching days, Coulee City offers an excellent opportunity to find it. There is more than a romantic flavor about the sight of the stage from Bridgeport, and the Okanogan, swinging down the winding, doubling, twisting road from Pilot Rock on the top of the wall to Coulee City at the bottom, the four ponies at their natural gait, the lope, the driver interpelating a few choice remarks in stage driver language, punctuated with frequent sharp cracks of the whip, as the passengers hanging on for dear life, in enjoyment or fear, as suits each temperament. They swing into sight a mere speck at the top of the hill, heralded, if it is summer, by a cloud of dust.

The view from on top of Pilot Rock on a clear day, and all the days in summer in the Big Bend are clear, is very extensive. If ‘distance lends enchantment to the view’ then it’s most enchanting, for the distance at which you can see the prominent natural features of central Washington are great. The Blue Mountains of historic Wallowa are too far under the horizon to discover, but Steptoe Butte down in Whitman County can be seen if looked for in the right place. This Butte is named as a memorial of the fight Colonel Steptoe had with the Indians back in the ’50s. Almost due east, Mica Peak, ‘Old Man’s Peak,’ pricks out a point against the blue of the Coeur d’Alenes that from the skyline, and all between is color, gorgeous color. The purple plain spreads, apparently unlimited to the north, east and south and mergest almost undistinguishably into the blue of the sky. You see no definition to the prairie except the landmarks named. Right under you a quarter mile down and eight miles away, lies Coulee City, looking like a bunch of sardine, oyster and tomato cans just swept out of a back door with here and there an abandoned ‘growler’ looming up to represent the public school house, the largest hotel and the railroad warehouses. Or to make a more pleasing comparison, the city resembles from the heights and distance a handful of brightly colored toys scattered and forgotten by a sleepy child tired of its playthings. 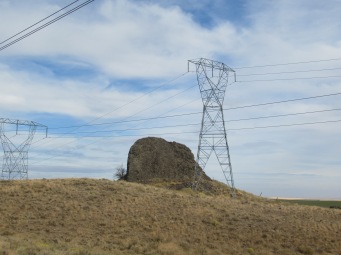 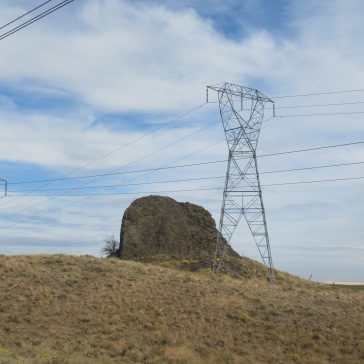 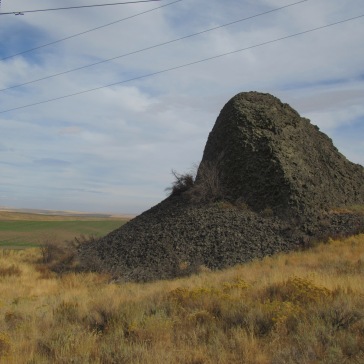 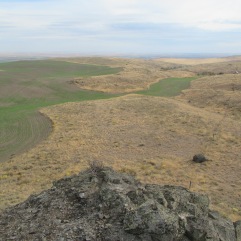