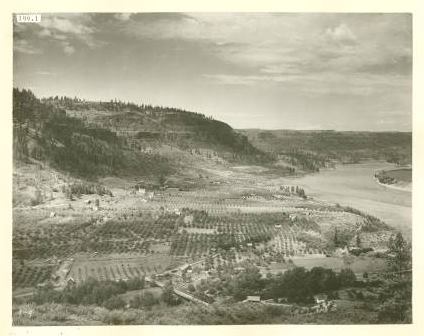 Peach was a small orchard community on the shores of the Columbia River, down river from Fort Spokane. It was a regular old time townsite with a school, post office and small store. There was also a small sawmill, blacksmith shop and livery stable. The whole town sat in the river valley, on a flat floodplain with rich fertile soil and ample water for irrigation. The whole city was surrounded by fruit trees of all sorts, plums, peaches, pears and apples. In the spring the trees would explode with blossoms of different colors; shades of pink and white, and the air was perfumed with the blooms. Fruit trees lined every walkway and road, and most every house had a garden full of vegetables, tubers, berries and melons. Every yard had flowers and grass. Chickens roamed the streets by day scratching for small rocks and roosted at night to avoid the wily coyote, who would sing at the moon from the cliffs surrounding the orchard laden valley. In the morning the children would gather eggs before walking to the school house with neighbors. Peach was a small, close knit community where everyone knew everyone, and mingled freely at church or community functions.

It was on one fine beautiful spring day around 1910 that my Great Grandmother, Nellie Hanning, then in her teens, was at the livery stable by the river chatting with a couple teenage boys. A new pony had been brought into the livery stable that had the town talking and the kids wanted to check it out. The pony in question they were gathered around inspecting and discussing that fine day was supposedly a Pony Express pony. Looking at it, it didn’t look like much though, the critter looked ragged and worn, like it was on its last legs and brought here to the livery stable just to unload.

Nellie wasn’t having it. That beat up old thing? Out running bandits and hostiles? Making its way over hundreds of miles of desert? This pony didn’t look like it could make it out of the stable. But the boys were adamant, and to prove it they wrapped a rope around the old pony’s neck and led it out of the livery stable down by the river to get a better look in the sun. All the way the boys were daring each other to “jump on.” Nellie, convinced the old pony was nothing more than a worn out old barn yard nag, suddenly, and driven by impulse, grabbed the pony’s mane and jumped on.

And they were off! The pony easily pulled away from the boys and shot down the river bed like a bolt of lighting. On top, Nellie fought to hang on, she only had the pony by the mane so she sat as low as she could on it and held on for dear life as the horse bolted in a full on run down the beach. As she gripped the nappy mane, Nellie saw the rope come off and go tumbling behind, lost on the beach. She gripped tighter trying to bear hug the pony’s neck as the scenery around her turned to a blur. On the horse ran at amazing speeds, past trees, over logs, down alongside the churning green Columbia River, pretty soon they had traveled so far the buildings of Lincoln, a couple miles downstream, started to appear on the horizon. My great grandma was fighting to stay on, they were traveling so fast there was no way jumping off would work, she would just tumble out of control and crash into a tree or rock. People have died that way. She could see they were headed towards the old Lincoln sawmill. As the pony continued to run towards the sawmill, Nellie saw a pile of sawdust coming up, and gathering her courage she jumped for it. The minute she crashed into the sawdust the old pony stopped and started to just mill about. Nellie pulled herself out of the sawdust pile, dirty and scratched, but overall more shook up than hurt. The pony walked over to her and gave her a puzzled look. Needless to say, Nellie walked home from Lincoln back to Peach, and the pony followed the whole way with little coaxing. 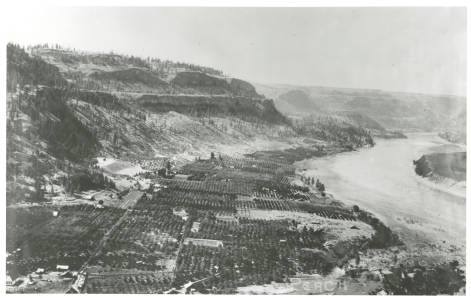 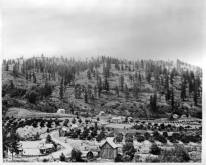 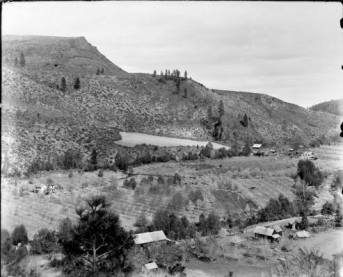 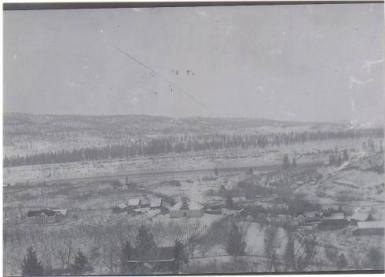