George and Caty Northrup weren’t the only family in the canyon at the turn of the 20th century. Scheibner brothers Charles and Fred had moved into the canyon a couple years earlier and were already known for their produce, in particular, luscious strawberries. In 1901 with the backing of the farming community around Steamboat Rock the brothers petitioned the county for a bond to create a road up the south talus slope wall. The main purpose for the new road was to move fresh produce up to the railhead in Almira or Hartline quicker. The bond was granted by Douglas County and by July 1902 the newly christened County Route 337 was opened to the public. Horse drawn wagons of fruit and people made their way up the County Route, and back down into the canyon. County Route 337 suffered problems from the start. Frequent rockslides meant continuous maintenance, and there were several incidents with wagons on the switchbacks near the top. By 1920 the age of automobiles and lack of upkeep made Route 337 obsolete to all but a few thrill-seekers. Eventually it became known as the Scheibner Grade in Northrup Canyon. (top image courtesy Coulee Pioneer Museum, c.early 1900s) 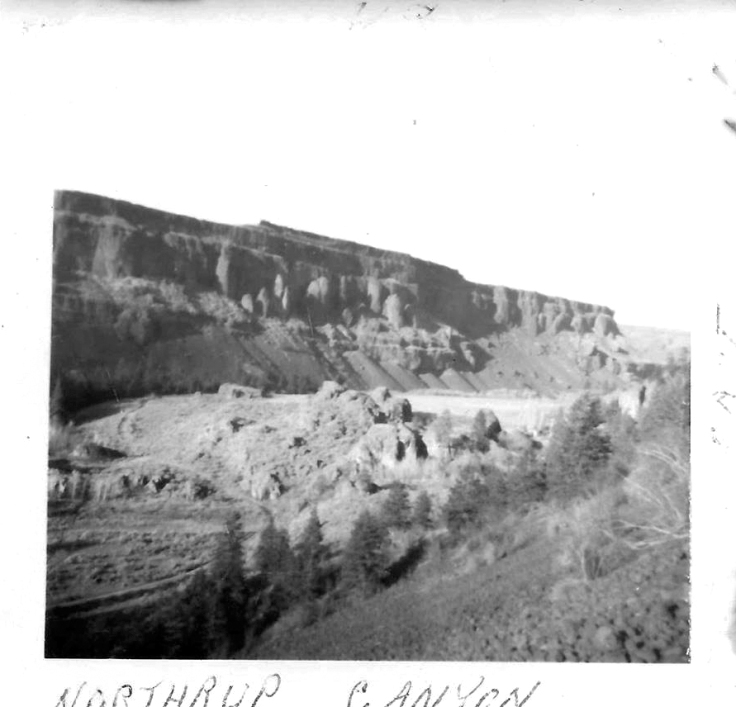 2 thoughts on “The Scheibner Grade in Northrup Canyon”